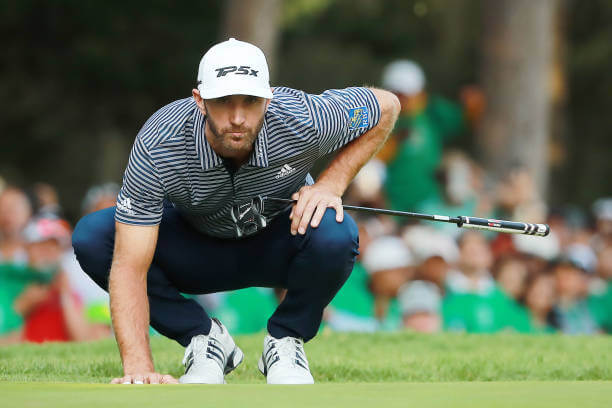 Heading into the fourth round at the WGC-Mexico Championship, Dustin Johnson held a four-shot lead over Rory McIlroy at Club de Golf Chapultepec in his quest for a sixth WGC title, 20th PGA TOUR victory, and a bump in both his Official World Golf Ranking and FedEx Cup position.

Dustin got off to hot a start on Thursday, reeling off three consecutive birdies to immediately vault near the top of the leaderboard. He made the turn in 32 (4-under) and started his second nine with two more birdies. He would go on to card one more birdie on the back nine en route to a first-round, seven-under 64 – sitting in solo second, one stroke behind McIlroy.

Friday’s second round kept Dustin’s scorecard free of bogeys for a second straight day, leading to a four-under 67, a total score of 11-under and a two-shot lead over McIlroy. It also placed Dustin in ideal position and gave him plenty of momentum heading into “Moving Day” Saturday.

By the third round, Dustin had yet to drop a shot while bursting out of the gates each day, setting what would prove to be a championship pace for the rest of the field to chase. He took his tee shot on the 367-yard, par-four 2nd hole over the trees to six feet, and calmly poured his putt in the heart of the cup for his first eagle of the week. Dustin would finally drop his first shot of the week on No. 10 with a double bogey 6, but any thoughts of that bump in the road phasing him would quickly vanish with four birdies in the final eight holes to give Dustin a four-shot lead heading into the final round.

As hot as Dustin’s game was going heading to Sunday, he knew he still had plenty of work to do to hold of a hungry and steady McIlroy. Dustin appeared to find trouble on No. 2 when his plugged bunker shot ran out to 34 feet, but any fears of a big number disappeared on the next shot with Dustin pouring that lengthy putt right in the middle of the hole. By the time the final group had made the turn, Dustin’s lead over McIlroy had swelled to five shots. The leaders took turns swapping birdies along the back nine, combining for 11 on that tournament-finishing nine. McIlroy’s game proved sharp in this event, just not quite enough to deny Dustin a victory that came five shots clear of the field.

The win at Club de Golf Chapultepec was Dustin’s second WGC-Mexico Championship title and 20th on the PGA TOUR – a milestone that has now earned him a lifetime membership on the TOUR at the age of 34. He now sits eighth in the FedEx Cup standings.

This win also moves Dustin up to the No. 2 spot this week in the Official World Golf Ranking behind Justin Rose. Based on the OWGR’s two-year computations, and the fact that neither Dustin nor Justin is scheduled to play next weekend in The Honda Classic, Dustin will return to the No. 1 spot next week.